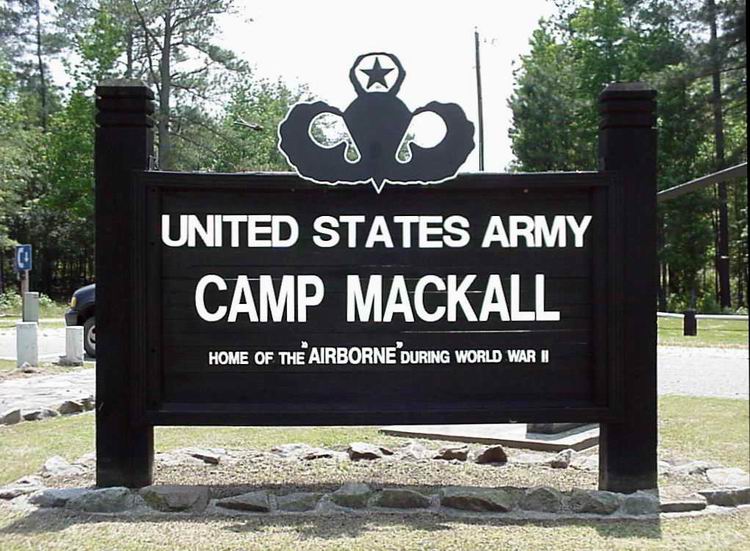 Army troops first came to the U.S. Department of the Interior's game management land in the Hoffman area in 1941 during the Carolina Maneuvers. That area is about 40 miles west of Fort Bragg on the west side of Drowning Creek. During the 1920s, the Baltimore Barber Steamship Company established a hunting preserve there. In 1922 they created Mossgeil Lake and constructed a log cabin on the east shore. It became the commander's house during World War II. In 1924 a second cabin was built on the west shore which served as a briefing room during the war and is now the Range Control Office. In 1930 DuPont Corporation purchased the property and added a lodge which became the Camp Mackall 's Officers' Club. That building burned in 1968, but the chimney remains.

On November 8, 1942 , construction began on the Hoffman Airborne Camp on 56,002.91 acres obtained from the Department of Interior and purchased from local landowners. There were over 1,750 buildings erected mostly of the Theater of Operations (T/O) type. The one-story T/O buildings were the most temporary construction with rough plank siding covered with tar paper. A heavier grade tar paper served as roofing material. Construction included seven service clubs, two guest houses, three libraries, 16 post exchanges, 12 chapels, a hospital, 65 miles of roads and three 5,000' runways in a triangle. Those buildings included headquarters for the U.S. Army Airborne Command, the garrison command and the division headquarters. There were also numerous service buildings.

The camp's cantonment area was constructed with a north and south area separated by about a mile with the Station Hospital in between closer to the north area. The south barracks area was for troops in training and contained all the services necessary to sustain them. Those troops began arriving in January 1943. They were to receive basic training there in addition to perfecting their parachuting and gilder skills.

On February 8, 1943 , General Order Number 6 renamed the facility Camp Mackall in honor of Private John Thomas (Tommy) Mackall. He was born May 17, 1920 in Ohio and grew up in Wellsville , Ohio . He served in the 2nd Battalion, 503rd Parachute Infantry Regiment. During the Allied invasion of North Africa in the airborne segment called Operation Torch, he was mortally wounded in an attack by French Vichy aircraft on his aircraft as it landed near Oran . Seven paratroopers died at the scene and several were wounded, including Mackall. He was evacuated by air to a British hospital at Gibraltar where he died on November 12, 1942 .

Tommy Mackall's mother and two brothers were among family members attending the camp dedication on May 1, 1943. A bronze plaque recalling the event which injured Mackall was unveiled at a ceremony that day and installed at the division headquarters building. It was later removed when the camp was dismantled. In the 1970s it was misplaced and never found. A granite monument now stands at the camp entrance. 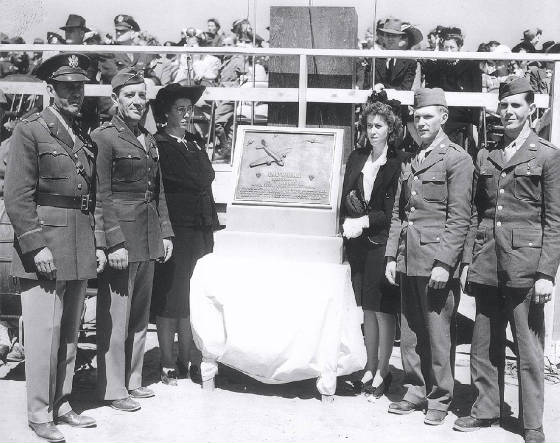 The 13th Airborne Division was activated on August 13, 1943 , and moved from Fort Bragg to Camp Mackall in January 1944. 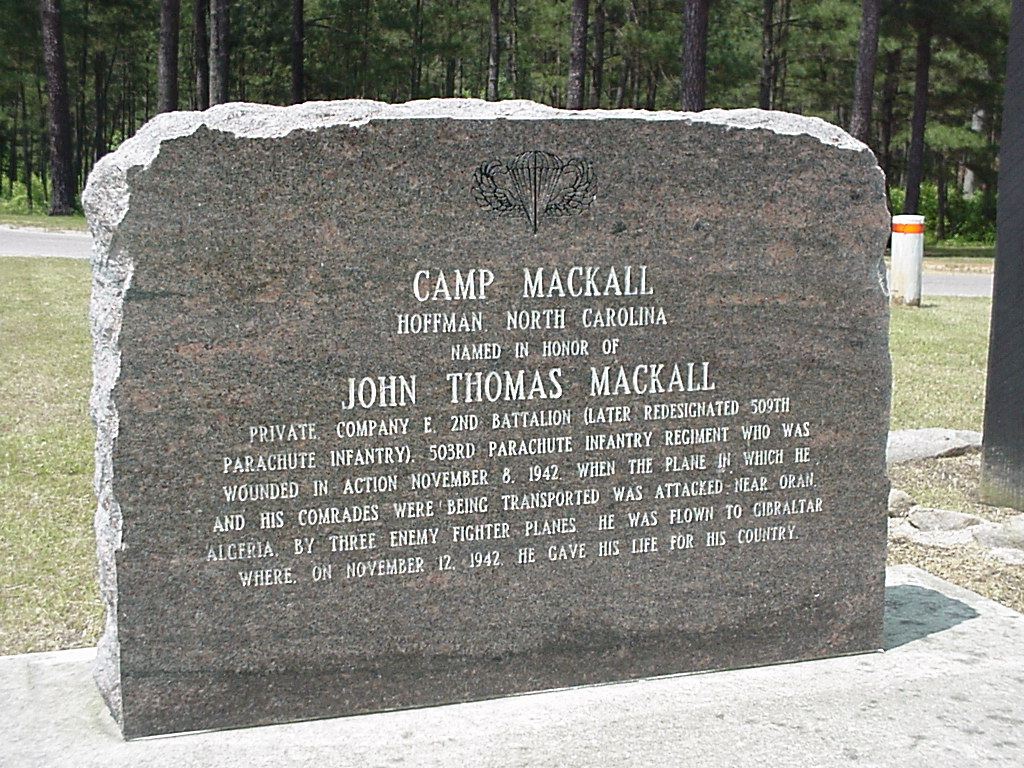